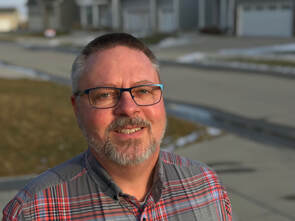 Curtis Dean with SmartSource Consulting has 24 years of experience working in community broadband. During his career, Curtis has served as a catalyst for several successful projects that brought better broadband to consumers.
Curtis is co-founder of the Community Broadband Action Network (CBAN). Formed in 2018, CBAN represents and advocates for 119 members in 13 states, seeking to advance the cause of community-centric broadband.
Curtis Dean has been a featured speaker or panelist at numerous industry events, including The Independent Show (NCTC/ACA), Iowa Communications Alliance, Iowa Association of Municipal Utilities, FTTH Council Americas, NTCA-The Rural Broadband Association, Broadband Communities Magazine, Mountain Connect, Iowa League of Cities, Utilities Technology Council, and the American Public Power Association.

As Broadband Services Coordinator, my primary focus is providing support to the Iowa municipal utilities who operate a communications utility. I organize our annual Broadband Conference, network with other municipal broadband professionals around the U.S., and maintain a blog called Broadband Bytes.

Although my official title was directly related to marketing and PR, a great deal of my tenure at Spencer Municipal Utilities was dedicated to a key role in the leadership of SMU's telecommunications utility.

When I joined SMU in 1998, I became involved in the planning and implementation of the utility, approved by Spencer voters in 1997. As part of the leadership team for that project, I developed the business plans for the cable TV, telephone, and high-speed data services that the new utility would offer. I worked closely with technical staff on the launch of those new services throughout 2000, 2001, and 2002. My ongoing engagement with the telecommunications utility included administration of all cable TV network contracts and negotiation of new agreements. I also led visioning efforts of the utility's "digital roadmap", a plan to maximize system bandwidth to allow deployment of advanced services such as high definition and digital video and enhanced broadband data service.

"Curtis is an outgoing professional with a passion for broadband advocacy and a talent for marketing and public relations. He is a team player, always bringing fresh ideas and perspective to any discussion. Curtis has excellent public relations and marketing skills, and his understanding of issues affecting broadband companies is vast. He's a natural leader and communicator and is good at creating consensus in any group."--Keetah Dodson, Customer Service Manager, Minburn Communications

"Curtis gets things done. He tackles new projects and new ideas with enthusiasm and great dedication, focusing on results. He is also flexible: he listens to concerns and is able to change approaches to projects to increase their success. He keeps learning about technology so that he has a toolbox of ideas available. Of the people I work with in Iowa municipal utilities, Curtis has always been an example of a person whole-heartedly dedicated to the well being of the community he serves, and through his skills and drive is able to create change for the public good."--Anne Kimber, former Director of Energy Services, Iowa Association of Municipal Utilities

I administered all marketing and public relations programs for Spencer Municipal Utilities. I designed marketing programs to promote products and services, and worked with customer service and sales employees to ensure that we met or exceeded sales goals. I served as our company's primary spokesperson in the community through the mass media and personal presentations. I also hosted a weekly community affairs talk show, "Talk Of The Town", on the local public access channel. My supervisory duties included management of the video services department, which operates three local cable channels. I supervised two full-time and four part-time employees.